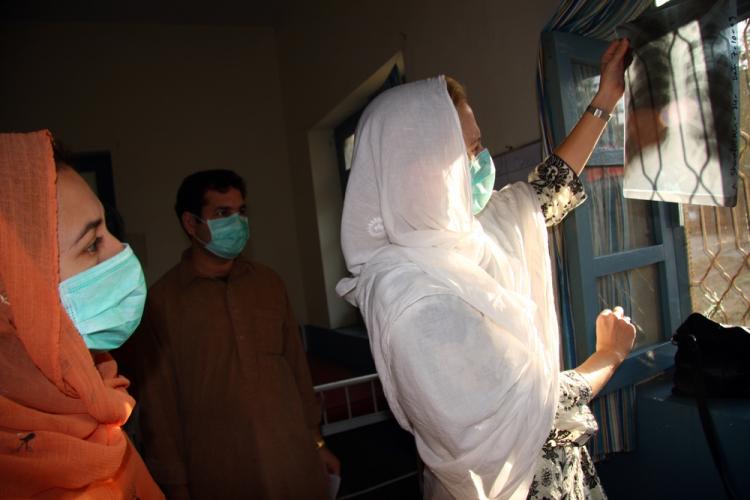 Karachi / Paris –  Médecins Sans Frontières / Doctors Without Borders (MSF) and Interactive Research and Development (IRD) are pleased to announce the start of the endTB clinical trial in Pakistan.

The endTB trial is a phase III randomized controlled trial comparing 5 new treatment regimens against MDR-TB which contain two of the three new TB drugs developed in recent years, bedaquiline and delamanid, in combination with other existing oral TB drugs.

A related, parallel trial, called endTB-Q, will evaluate a sixth treatment combination and two different treatment durations, to be used against forms of MDR-TB which are also resistant to fluoroquinolones, a group of antibiotics used as so-called ‘second-line’ drugs in the treatment of TB.

Between March 2017 and end of September 2019, 344 patients were already enrolled in the endTB trial across five countries, namely Georgia, Kazakhstan, Lesotho, Peru and South Africa.

Tuberculosis (TB) is the deadliest infectious disease worldwide, with an estimated 1,4 million deaths each year, according to the World Health Organization. MDR-TB represents a particularly deadly form of the disease. Its treatment requires combining at least four effective drugs for up to 24 months – the length and toxicity of which are often hard to manage. In 2018, only one out of three patients was put under an effective treatment, and among those who were, only half were cured.

“We are very proud to expand the reach of the endTB clinical trial to this new site in Pakistan, a country with a heavy TB burden, said Lorenzo Guglielmetti, one of two principal investigators of the trial. This is another crucial step of this trial, which will build the most robust evidence about the best therapeutic options for the hardest-to-treat TB patients. We remain committed – together with our partner organizations  IRD, Partners In Health (PIH) and UNITAID – to offer a better treatment, and a new hope to all MDR-TB patients”.

In Pakistan, the endTB and endTB-Q trials will be run at two sites in Sindh province. In Karachi – the first trial site - the first patient was enrolled in the endTB trial in early October at Indus Hospital, while enrollment at the second site is planned to start early next year.

The endTB-Q trial is expected to start at both sites in the first quarter of 2020. In total, 200 patients are expected to be enrolled in the trials in Pakistan by the first half of 2021, by a team of over 20 medical staff, working under the joint coordination of IRD and MSF.

The clinical trial in Pakistan leverages on IRD’s experience in working with affected communities and is strongly accompanied by a community engagement component with a three pronged approach: improve TB knowledge in local communities; address stigma, garner support for TB patients and their families; and increase understanding of research amongst local populations, so that they may participate meaningfully.