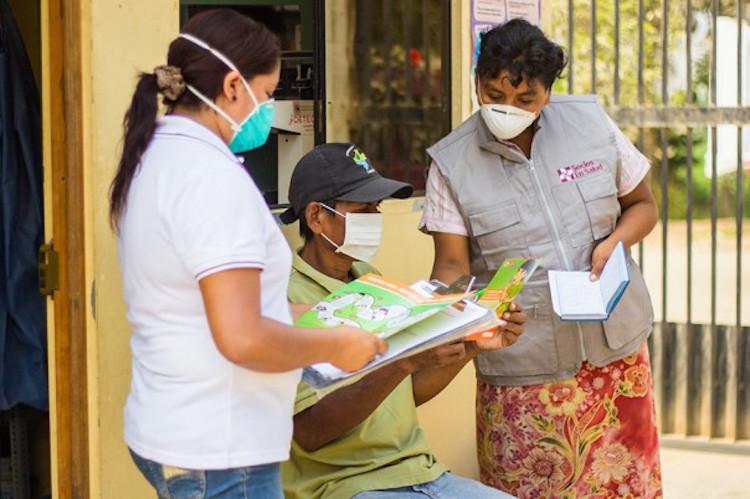 Carmen Contreras has seen tuberculosis patients at their worst. They have endured daily injections and swallowed fistfuls of pills for years.

As reward for their diligence, some have lost their hearing and their minds as side effects of the toxic medication. One 19-year-old patient she knew, depressed and bone-tired from his years-long struggle, attempted suicide.

At times, it made fighting TB seem like a hopeless endeavor. Until now.

For the first time in 50 years, two new drugs are available to patients battling the most trenchant forms of the disease, known as multidrug-resistant and extensively drug resistant tuberculosis, or MDR- and XDR-TB. Bedaquiline and Delamanid have been used sparingly so far, but their results border on miraculous. So far, patients say they breathe better. They gain weight. And those who tested positive for TB for years have seen their results flip after a couple months of treatment.

Contreras, director of intervention projects with Socios En Salud, as Partners In Health is known in Peru, knows the promise these new drugs hold for her patients.

“When you see with your own eyes how people suffer,” she says, “your happiness is greater when they recover.”

TB is not pretty. And it’s definitely not a disease that only troubled past generations. The World Health Organization named it the most deadly infectious disease after it surpassed HIV in 2014, when it caused 1.5 million deaths worldwide compared to HIV’s 1.2 million. Perhaps most alarming, experts have seen a dramatic increase of new infections that are drug-resistant—some 480,000 in 2014 alone—and therefore harder to cure.

PIH has a long history of combatting MDR-TB, especially in Peru. In the mid-1990s, staff discovered that the first, and usually most effective, line of antibiotics were not helping many of their patients in the slums around the capital of Lima. So they began treating patients with harder to access second-line antibiotics and assigning each a community health worker, who ushered them through care.

The change was immediate and remarkable. Patients who had been treated for years with no relief returned to full health. PIH in Peru has since treated more than 10,500 people for MDR-TB with cure rates of greater than 75 percent—some of the highest in the world. In response, the WHO revised its treatment protocol for MDR-TB in recognition of PIH and other organizations' innovative approach.

With new TB drugs on the market, PIH could again provide a worldwide example for effective, compassionate care—this time for XDR-TB patients too. As the lead of a groundbreaking program called endTB, PIH is working with nongovernmental organizations Médecins sans Frontières and Interactive Research & Development to offer new treatment regimens that include Bedaquiline and Delamanid to more than 3,000 people across 15 of the most TB-plagued countries—including Peru, Lesotho, and Kazakhstan—over a four-year period. UNITAID is funding the global effort, which launched in April 2015.

Ultimately, endTB partners hope the new drugs will prove to be safer and more effective than other second-line medications, and thus allow treatment periods to be cut in half.

Peru is one such testing ground. There, PIH is collaborating with the Ministry of Health to include nearly 600 patients in endTB. Of this total, 420 patients will follow the WHO-approved two-year treatment regimen, which entails daily injections for 12 months and a cocktail of pills that will now include one or both of the new drugs. Starting in November, an additional 150 patients will be enrolled in a clinical trial that includes the new drugs, but eliminates injections and shortens patients' treatment period.

Since both groups will receive the new drugs, ideally both will get better. But success in the clinical trial group would prove that drug-resistant TB patients no longer have to endure daily injections and could take medication for less time—a double-coup for clinicians and patients battling the disease.

Peru staff began contacting the first endTB participants in March, but only after overcoming logistical hurdles. National officials had to be reassured that the new drugs were not more toxic than the current course of treatment. The government then had to formally register and license Bedaquiline and Delamanid. And PIH’s TB team had to figure out how to source and import the new drugs, which are not yet mass-produced. In fact, the team is still awaiting its first order of Delamanid.

Then there is the challenge of locating patients. Peru’s National Committee on Evaluation and Treatment combs through a list of TB patients on a monthly basis to determine eligibility for endTB. If their medical records show long, unsuccessful treatment periods, they become top contenders. Most patients live in and around Lima. Those who don’t are brought to the capital, and PIH finds them and any accompanying family members a place to stay for the long haul ahead.

Once patients agree to participate, they visit their closest health center and meet with a clinician and a PIH health professional, who helps them through treatment. Their first trip is often to the hospital for a day of exams and lab work. Some TB medications have caused deafness and cardiac problems, so patients meet with an otologist and cardiologist for base assessments. Once all results are in, doctors prescribe patients medications that will most effectively combat their specific strain of TB. PIH and its endTB partners source some of these drugs, others are provided by Peru's Ministry of Health.

The PIH pharmacy receives all the medications, including Bedaquiline and the soon-to-arrive Delamanid, which staff members painstakingly divide into patients’ daily morning and afternoon dosages. Field technicians visit their patients in the morning and at night to ensure they take their drugs. They also note patients’ general health and record adverse reactions, such as anxiety, hearing loss, cramps, and neuropathy. 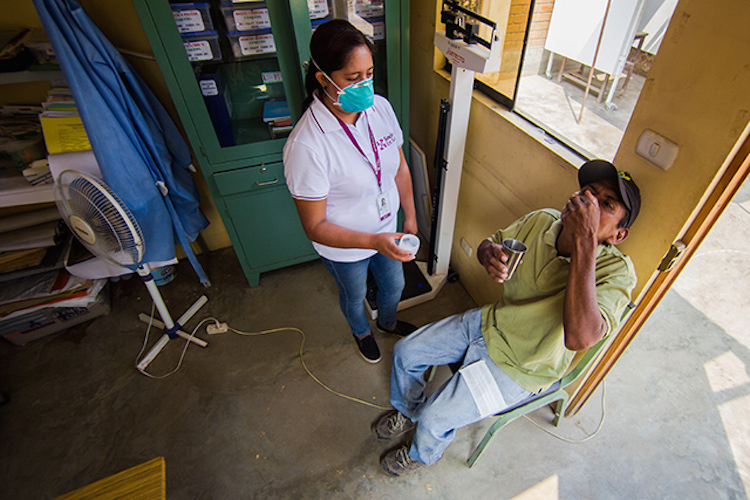 Lourdes Cruzado, PIH’s endTB field coordinator in Peru, says her staff has enrolled 27 participants so far. These men and women, who range in age from 19 to 56, are the sickest of the sick and often dealing with multiple issues. Nine suffer from drug addiction, six from depression. Two are in prison. Another is diabetic, and still another is HIV-positive. Two extremely sick patients, who simply didn't have much fight left in them after battling the disease for years, died shortly after starting the regimen.

PIH staff help in every way possible. They get them access to mental health counseling and—especially for those coming from rural parts of Peru—connect them with food and transportation to and from doctors’ appointments. They ensure the homes of Lima-based patients are secure and have proper ventilation to control infection. They work to earn the trust of patients who have endured years of unsuccessful, and often debilitating, treatment. And they go along on appointments at health centers, where local staff aren’t always welcoming.

“In some cases, they have told us that patients shouldn’t come, that they could get other people sick,” Cruzado says.

Cynthia Dueňas, an endTB field technician, remembers meeting one patient, whom she greeted with a hug and kiss on the cheek. Seconds later, she noticed the woman was crying and asked what was wrong. “’All this time,’” the woman told her, “’people don’t come close to me and they don’t hug me that way unless they know me.’”

Cruzado tells patients that they will come out ahead of this and be okay. “You truly feel the most sincere hug,” she says. “It’s as if they take refuge in you, they trust you, and those words help them.”

Although endTB was launched in Peru just two months ago, PIH staff already see improvements among their growing group of patients. They have gained weight. They say they feel better, calmer. And they smile more often. Some patients' sputum samples have even tested negative for TB.

Dueňas understands why patients might have a hard time curbing their enthusiasm about the new drugs available to them now through endTB. “They’ve spent years battling the disease and can’t beat it,” she says. “For them, it’s a leap of faith that this medication is going to save them.” 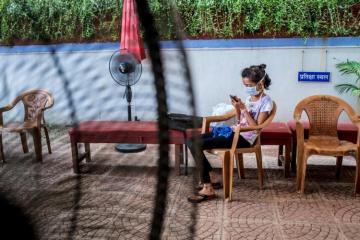 Hindustan Time released a new article about endTB in India.