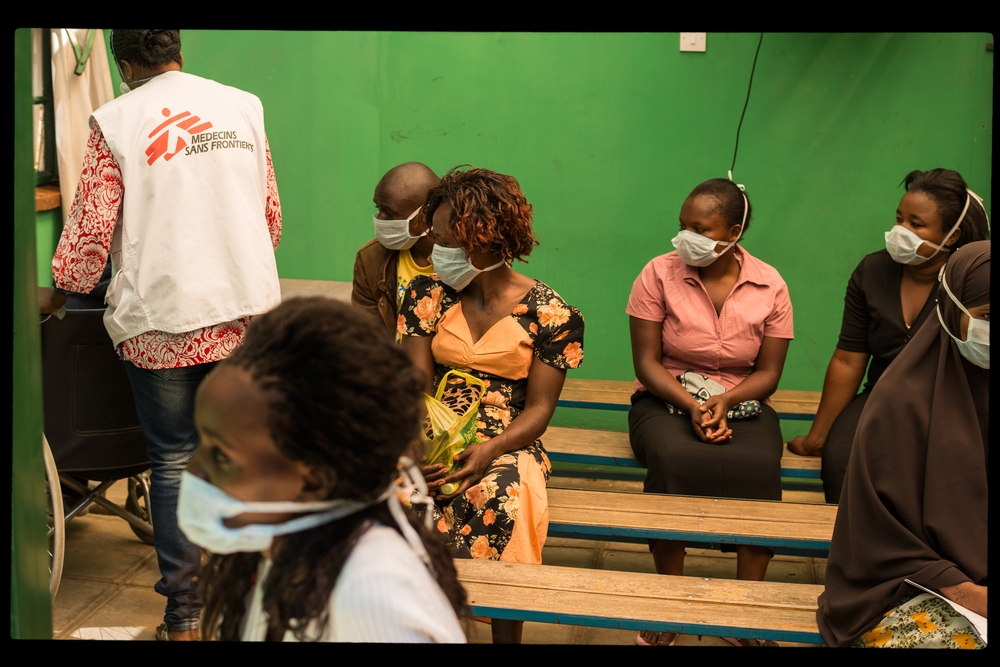 MSF TB-MDR patients and Green House photos in Mathare In the Eastlands suburbs of Nairobi, MSF provides medical care to patients with tuberculosis and drug resistant tuberculosis. The clinic, called Green house, is located near Mathare, one of the biggest slums of Nairobi, with more than 200,000 inhabitants. (Mathias Steinbach / MSF)

The WHO estimated there were 169,000 cases of TB in Kenya in 2016 and 29,000 deaths (excluding deaths linked to HIV and TB coinfection), making TB the fourth-leading cause of death in the country. HIV/AIDS continues to be an important driver of the TB epidemic in Kenya, with approximately 31% of TB patients (with known HIV status) also living with HIV.

In 2016, 326 cases of MDR-TB were identified and started on treatment (WHO, 2017). Thirty percent of reported MDR-TB cases are among refugees residing in Kenya. WHO currently estimates there are 3,000 cases of MDR-TB. A study conducted at the Central Reference Laboratory assessed1.3% and 9.4% drug resistance among new and previously treated patients, respectively.

Blog: I'm cured, but my fight against TB isn't over