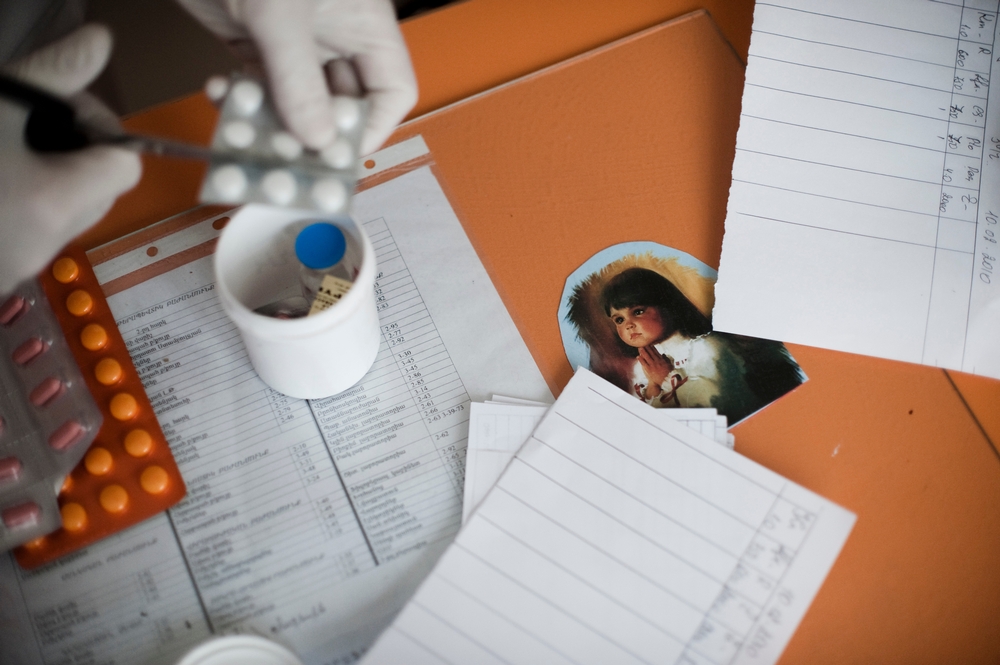 National TB Centre, Abovian, Armenia, February 2010. Nurses prepare doses of medication daily, and supervise the patient as they take them, to ensure they are taking all the drugs. (Bruno De Cock / MSF)

Tuberculosis re-emerged in Armenia after the country’s independence in 1991. It has since become a significant public health problem. The country’s tuberculosis burden remains high, with an estimated incidence rate in 2016 of 44 new tuberculosis cases per 100,000 (WHO, Global TB Report 2017).

MDR-TB and XDR-TB are serious problems for the country. According to the latest WHO report, the prevalence of MDR-TB in 2016 was estimated to be 11% among new cases and 47% among the previously treated cases.

Armenia was one of the first countries to respond to the challenge of treating XDR-TB patients, by implementing a compassionate use program for access to Bedaquiline and then Delamanid, allowing patients in need, early access with promising preliminary results.

Armenia: Fighting two diseases at once