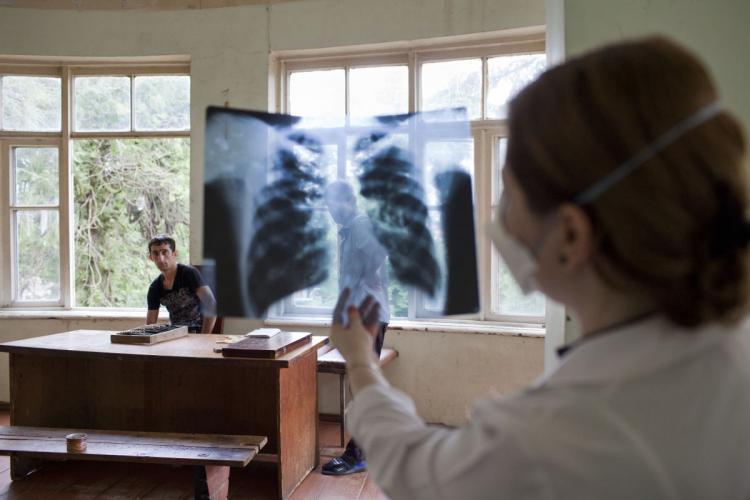 Dr. Paul Farmer, a founder of Partners In Health, and Dr. Joanne Liu, the international president of Médecins Sans Frontières, have published a jointly written op-ed on the inadequate global response to the TB crisis – and why the endTB initiative was founded.

In an age of rapid technological innovation, it is shameful that almost two million people will die from tuberculosis this year because they are too poor to afford treatment. Indeed, the reason why TB continues to take lives is simple: indifference.

This indifference stems from the deadly delusion that TB is a disease of the past – a delusion that has persisted, even as 10.4 million people contracted TB in 2016. TB patients are generally powerless to demand the world’s attention. Though the disease can strike anyone, it disproportionately afflicts marginalized and vulnerable populations in places like refugee camps, slums, and prisons.

Another delusion is that we have ample treatments to fight TB, even as it continues to mutate. But multidrug-resistant TB is a serious threat. It is sometimes called “Ebola with wings”: while the two pathogens have similar death rates, MDR-TB is airborne and spreads more easily. The current treatment for MDR-TB includes a regimen of toxic drugs – some requiring painful, daily injections – that can last for up to two years.

The treatment options for TB have scarcely evolved in decades. Whereas the research and development pipelines for HIV/AIDS and hepatitis C continue to deliver results, the R&D pipeline for TB lags far behind.

But that’s not the whole story. In the last four years, TB care should have been revolutionized. After 50 years without a single new TB drug being developed, two – bedaquiline and delamanid– were approved in quick succession. This should have been an historic moment in the fight against TB, especially for drug-resistant patients.

One would have expected a broad coalition of health authorities, health-care providers, standard-setting bodies, insurers, and manufacturers to rush to the aid of the patients most in need of these new drugs. But no such response emerged.

Instead, the new medicines have mostly gathered dust on warehouse shelves. Since they were approved for use, a paltry 5% of patients in need have benefited from them. The latest figures for delamanid, in particular, are appalling: after four years, a mere 1,247 patients worldwide have been treated with the drug.

We would know, because many of these patients were treated in our programs, and in countries where Médecins Sans Frontièresand Partners in Health have been pushing for the registration and uptake of new medicines. In partnership with Interactive Research and Development and with support from Unitaid – which channels funding from a painless airline tax toward addressing neglected health problems afflicting the poor – we launched the endTB initiative to accelerate use of the new drugs in 17 countries facing TB epidemics.

It is a sorry situation when nongovernmental organizations, rather than governments, academic institutions, and drug companies, must push for the use of available new drugs. We took action because cash-strapped national TB programs tend to be conservative about adopting new treatments, and because pharmaceutical manufacturers have little incentive to bring their drugs to market in poorer countries.

The evidence we have gathered so far indicates that when the new drugs are used, hard-to-treat TB patients are likelier to recover, and often do so more quickly. Given the scale of the global TB crisis, endTB’s work is a drop in the ocean. Yet it offers a glimpse into the failing response at large: an appalling lack of political will, imagination, and urgency that leaves millions to die on our generation’s watch.

This September, the United Nations will host its first high-level meeting on the TB crisis. UN member states should use the occasion to pledge a radical increase in funding for TB programs around the world, and to overhaul an R&D model that has proved unfit for purpose. Otherwise, the event will be remembered as yet another meaningless gathering – one that left tens of millions to suffer in the clutches of the world’s deadliest infection.

Specifically, what we need are simpler, quicker, and cheaper ways to test and treat TB, especially in remote and impoverished settings. We need better tools to prevent infections in the first place, and to kill latent infections before they kill us. And, of course, we need a robust pipeline of drugs to ward off TB and its resistant forms.

In the meantime, the governments of TB-stricken countries must use the tools they already have – for example, by doing more to ensure that new treatments like bedaquiline and delamanid are made available to those who need them.

A UN meeting is a golden opportunity to make progress. Although it will not solve the TB crisis overnight, it is a chance finally to elevate TB to the World Health Organization-designated status of a “public health emergency of international concern,” as was done in wake of the Ebola and Zika outbreaks.

The urgency of the TB crisis is well known to medical experts, and certainly to patients and their families. Standard treatments are failing as we speak, and millions of people are silently being infected and falling ill. In the twenty-first century, that should be a source of deep shame for us all.